While it’s technically Nancy’s 3rd anniversary working here AT ASI, she’s actually been working WITH ASI for nearing on two decades! That’s right; Nancy worked for almost 28 years with one of our first insurance customers. And that means she’s been ‘on the other side’ and knows EXACTLY what our customers are going through on a day-to-day basis. 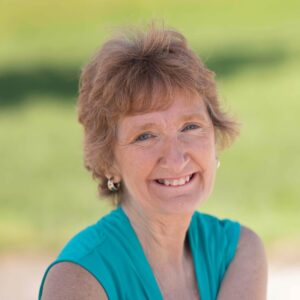 Nancy started her career as a teacher (and principal!), but she decided to go in a different direction when a relocation opened some new options. Nancy was hired as a policy typist at a local Sheboygan insurance company and quickly advanced into more challenging positions.

Shortly after her company implemented a computer policy system that improved their efficiency, the software company that supported the RS6000 no longer could. Enter ASI!

Nancy worked with the ASI team when the company decided to move to a Windows-based FIS Front End system for servicing policies. She was involved in requirements, testing, training, implementation, and transitioning Homeowners, Mobilehome, and Personal Auto to the Front End system. But this was far from the only projects she worked on with ASI.

Her love of learning promoted her to several different positions during her career; Data Entry, Underwriter, Accounts Receivables, QA (Quality Assurance), Business Analyst, IT, Project Management, you name it, she’s tried it! And her love of continuous education backs that up; at one point, her coworkers lovingly referred to her as the ‘Alphabet Lady,’ as she had quite a few designations behind her name.

A couple of years prior to her move to ASI, Nancy was asked to take on a Sales and Underwriting role as a liaison to the IT department. That job was a bit more isolating in nature and less fulfilling, so Nancy took a leap. And luckily, she’s found a great home in ASI where she gets to lead teams, manage projects, and most important to her, be hands-on! She currently works with one of our larger customers in a Business Analyst role, translating business needs and objectives into actionable items for her fellow ASI developers. She also works directly with customers who are reporting problems.

Nancy doesn’t just keep busy in the office though – she doesn’t stop! Starting every day with a morning 5-mile run originated from the need to simply get moving and get some exercise in. But her daughter convinced her to start training, and together they signed up for her first race- in Nancy’s case a half marathon! They’ve run several races together since. And can’t wait to get back at it after things open up again.

Nancy, we wouldn’t trade your positive outlook and vast insider knowledge for anything around here. Thanks for all you do!